As an official, card carrying member of the camera gear nerd club, I started checking out the gear made by Peak Design since I heard so many good things about it.

And wow am I impressed. I've been using the Slide camera strap, and the Capture Pro clip for a short time now but they have already made my "must have" camera gear list. I've always been annoyed by camera straps but was unwilling to do without because of the risk of dropping my camera. The Slide strap solved that beautifully. With it's smooth easy to use adjustment buckle and one handed attachment points its a dream to use. As for the camera clip, I am an avid hiker and always use a backpack because I can't imagine lugging a shoulder bag on an eleven mile hike. I always end up walking past shots I would like to take but don't because I didn't want to stop, take off my backpack unzip it, get the camera out, take my photos and put it all back and start hiking again. The Capture pro solves this so well because nothing is more uncomfortable than the alternative which was fighting with the camera strap wrapped around me and the backpack.

So now I come to the best of the three. The Everyday Messenger.

The materials this bag is made of is all premium and has an expensive feel and rigidity. Even fully loaded the bag carries the weight very evenly and securely. The genius of this bag is the Origami inspired dividers that are easily repositioned even while gear is in the bag to make room or adjust the interior. The strap is comfortable and easy to adjust even while wearing it and makes quick access to you gear a dream, especially if you have a capture camera clip to go with it.  It really is a great bag for everyday use. And this is without a doubt my new favorite shoulder/messenger camera bag.

That being said, I wouldn't use this bag for my mountain day hiking trips because a backpack camera bag is so much more comfortable for all day hiking and exploring. So I'll stick to my ThinkTank Perception Pro bag for that. 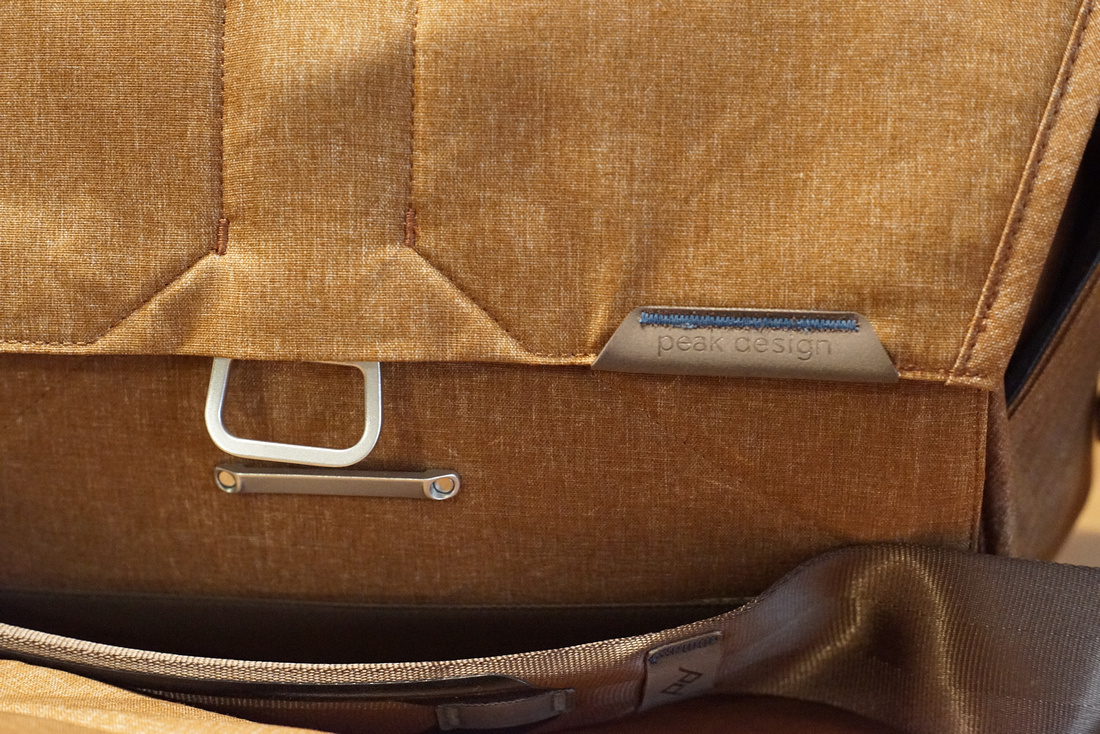 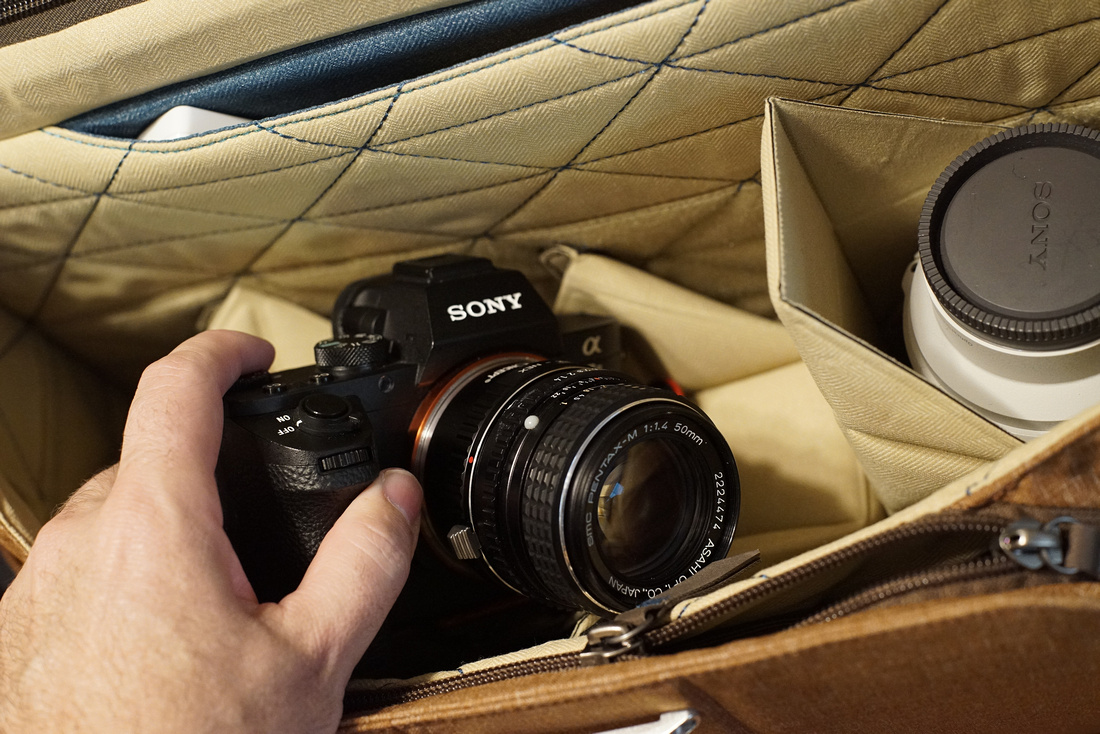 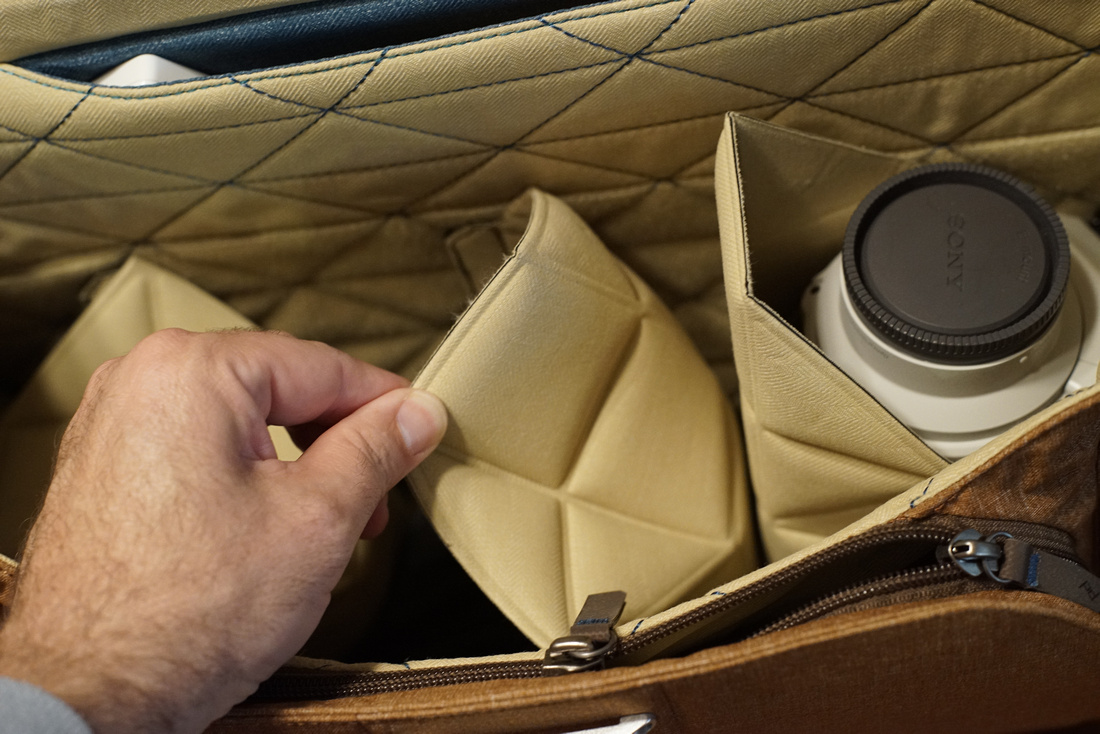 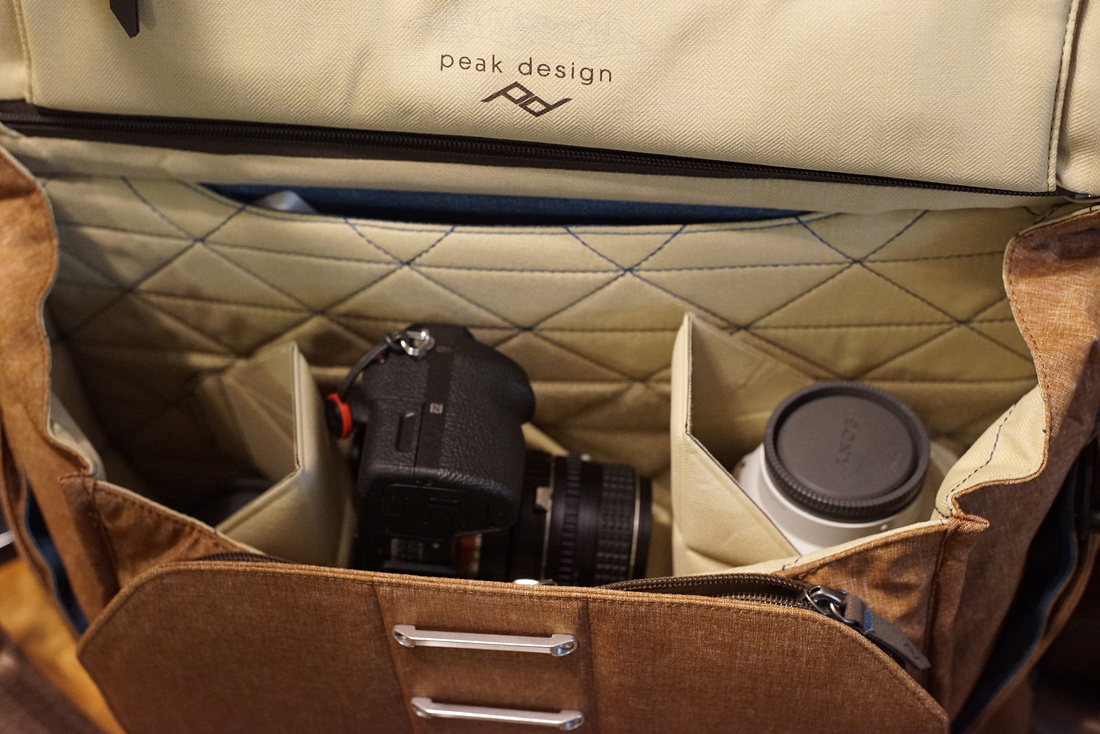 As many of you know I have this love of camera bags, straps, and backpacks. I'm always looking for a better/easier way to carry and use my favorite camera gear so when I see the shot I like I can easier get to my camera and shoot. I purchased and tried out a couple of items made by Peak Design https://www.peakdesign.com/ and I couldn't be more impressed. I purchased the Capture Pro clip, and the Slide camera strap. If you like well made gear and are sick of your camera carrying systems you have to check these out.

​The mounting plate that you use on both the strap and clip are also an ARCA type tripod plate and the Pro clip plate can be adapted by adding 2 metal plates to make it compatible with some Manfrotto systems using the RC2 plate. The bummer was the Manfrotto head I have even though uses an RC2 plate didn't work but for about $15 I purchased an adapter plate for the ARCA and just screwed it on top of my Manfrotto if I want. Though I did order a ARCA type ball head for a smoother tripod workflow.

​The Slide strap I was also equally impressed with. The hardware is smooth operating and is very easy to change length and direction to hold the camera so you can wear it many other ways depending on your shooting situation.

​The trouble is now I'm looking at the new Everyday Messenger bag made by Peak Design and thinking if they redesigned a clip and strap so perfectly their bag must be just as good so I'm now saving my quarters to purchase that next.​

Want to buy these go to https://www.peakdesign.com/ 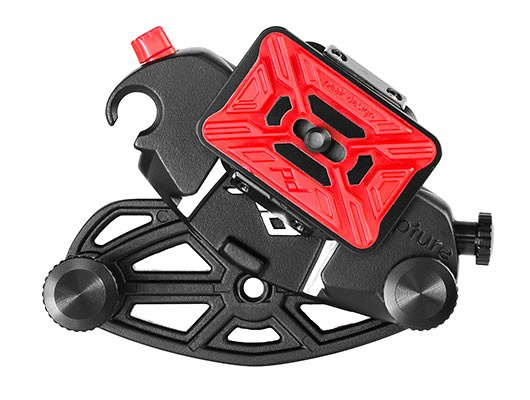 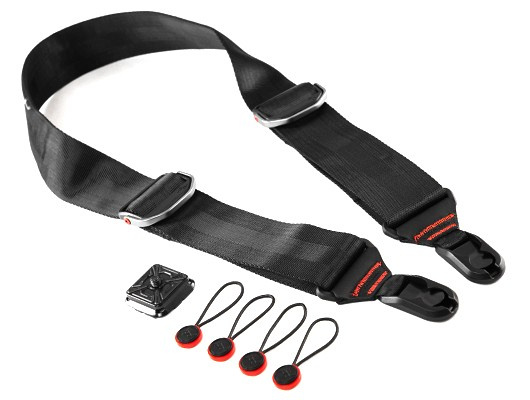 In July our family left for our yearly summer trip. This year we chose to spend 4 days in West Yellowstone, then 4 days in Jackson Hole. This was the perfect chance to test out my new Sony camera setup. So I purchased a new thinkTANK Perception Pro backpack to haul the perfect amount of gear. One of the reasons I dumped my Canon setup was weight so I didn't want to again slip into that cycle. The thinkTANK backpack was the perfect blend of being able to carry the gear I needed without taking everything plus the kitchen sink.

Here is the list of gear I brought and used on the trip:

​I brought 2 different Camera bodies so I expand my choices and capability. The 7M2 for the 5 axis stabilization, fast focusing, and 5 FPS burst rate. The 7R for it's incredible image quality and lack of a low pass filter for enhanced sharpness. The 3 lens zoom kit seems to be the best choice for me, a great combination of being lightweight but still having great range. I have 3 Zeiss prime lenses from my old Contax camera system and an adapter so I can use them on the Sony but decided to leave those at home to lighten my pack. I didn't think I would need the 18mm f4, 50mm f1.4, or 300mm f4 on this trip, though I did debate on the 300mm since Yellowstone has great wildlife photo opportunities. But the weight of my bag was important so I went with the zoom lenses only.

The first day off the airplane was spent driving from Boseman to West Yellowstone so I didn't do much photography that day. Day 2 we drove over to the Fountain Paint Pots where I took this image in Black & White. I was impressed with how well the default B&W setting did on the Sony. I did punch up the contrast in camera, then polished the image up in Perfect Photo Suite 9. The image was shot in jpg mode on the 7M2 with the Zeiss Vario-Tessar FE 4/16-35 ZA OSS lens. Reflectionsoflodgepoles.jpgWhile walking past these lodgepole pines with the dramatic clouds I noticed the reflections in the water and thought I would make a great subject for B&W.

This next image was just a simple landscape 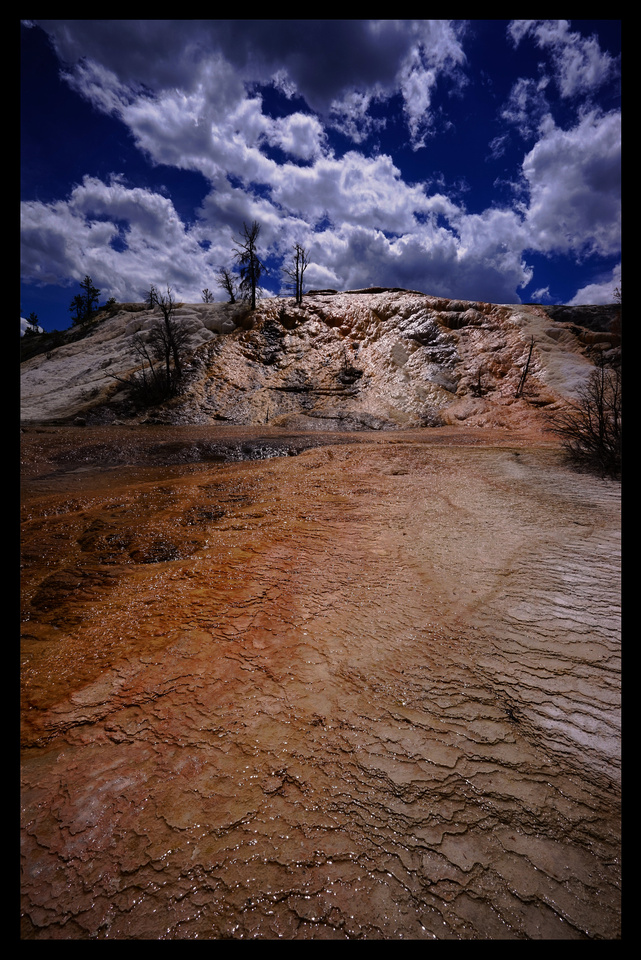 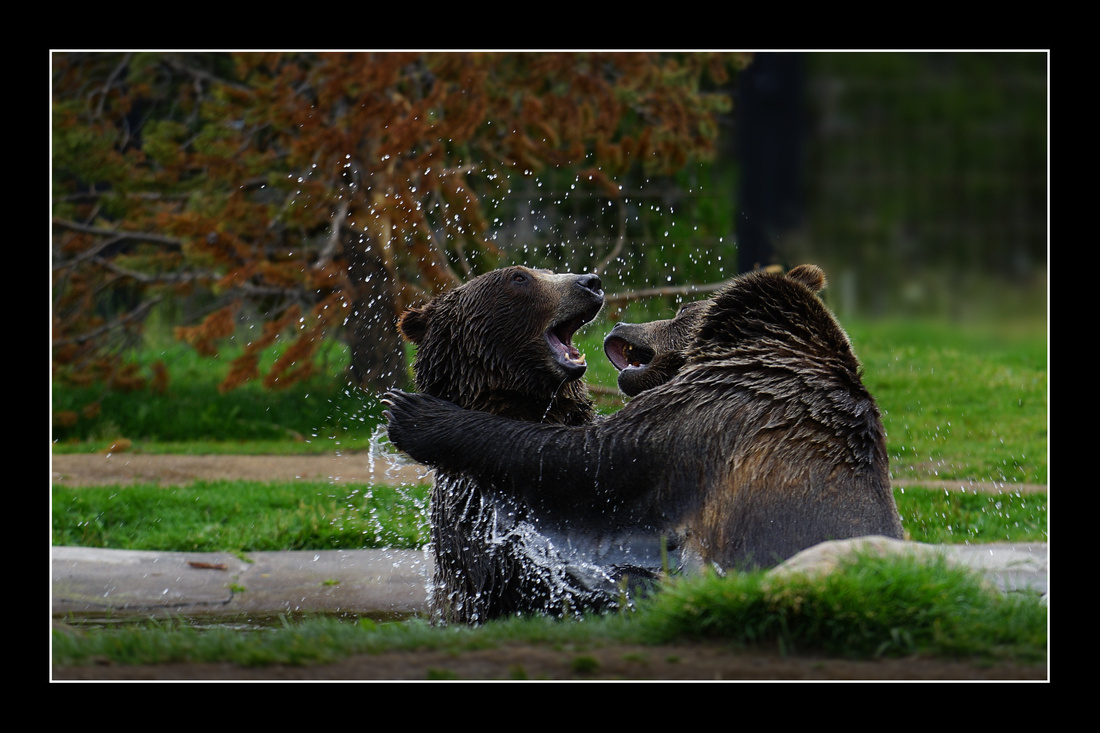 I recently was asked this question via e-mail and thought it would be a good question to answer on the Blog.

Hi Jaon, I took an Adult Ed class from you this Spring and would like a recommendation on a camera. My canon eos 6D is just to big to haul on a long trip - do you have a suggestion for a small digital in the $400 range?
Thanks, Kathy

In the compact camera area there are some cameras that stand out from the crowd as exceptional. I've recently switched all my Canon camera gear to Sony due to the incredible quality and value of their camera's and currently the Sony Alpha a5000 is extremely high on my list. With it's high Megapixel count and interchangeable lenses it is a perfect travel camera if you need to travel light, I would add a telephoto lens to the kit though to give you a truly incredible kit but that will raise the price an additional $350. This doubles the price for the kit, but you then have a full replacement to your heavy DSLR without giving up quality.

If you want to lighten your camera bag but still come home with quality images from your vacation that match your DSLR I'd go with the A5000 even given the basic lens it comes with only a 16-50 I'd take this over a "super zoom" compact camera due to the APS-C sized sensor that you can always crop later.

I hope this helps in your camera search.

I've never been totally loyal to a camera brand, I've had my favorites through the years but I've always chosen what tools suit my needs best. For the last 3-4 months I've been researching the new mirror less system cameras by Sony. Though I no longer shoot weddings I've always wished my gear was smaller and lighter, hauling 3-4 cases of 2.8 glass and camera bodies and lighting from job to job has sent me to the chiropractor MANY times and caused many sore and weary days close to the bottle of Advil. But I've always wanted to have the best quality image files and great performance out of my cameras too so I believed that the only way to get what I wanted was to haul a ton of gear. My first big gear switch was when I traded from Contax to Canon (back in the film days) after the terrible low light performance of the AX series of cameras. And now I'm looking at selling every Canon item I have to trade up to the Sony Alpha 7 Mark 2. I imagine you are wondering why would I do such a crazy thing so let me explain.

1.      With the high ISO capability of the Sony I no longer NEED 2.8 glass for low light performance. The native sensitivity of the Sony goes up to 24,600 while the 5D Mark 3 Canon has an expansion of ISO sensitivity. Native vs. Expanded is similar to the difference between optical zoom and digital zoom. The Native ISO of the Sony is WAY better in Quality.

2.      Smaller camera bodies and lenses. I’m just tired to carrying heavy gear. I love to hike but hiking with my 5D Mark2 and just 2 lenses and a flash take up 80% of my backpack and weighs 8 to 10 pounds. Because of this I end up leaving them at home and bringing my Nikon Coolpix 7700. And though I love this camera I do sacrifice quality since it has a small sensor and don’t end up printing any “art” images from this camera due to the lack of quality.

3.      I miss my Zeiss glass. Maybe I’m just being sentimental about the “golden era of film” but I learned my profession on Rolliflex, Contax, and Hasselblad gear. And I always loved my Zeiss lenses both for their quality, durability and subtle tones and incredible sharpness. It hurt badly when I sold my prime Zeiss 85mm & 50mm 1.4 and the 18mm, 24mm 2.8 and 35-70 lenses I owned but to switch to Canon I had to. But with the Sony I can once again bring the Zeiss into my camera bags.

4.      My needs are different and the technology of the Sony is WAY ahead of the curve. Quality, Speed, innovation and price are huge. I hate the idea of having to spend 4000 to 7000 on a single camera body. I can buy 2 Sonys for the price of 1 Canon and with technology that moves so fast paying for that Canon camera body cuts SEVERLY into my bottom line since I have moved from full time photog to part time while my daughters are in school. The AF systems on the Sony are so quick and agile, and being able to easily connect your camera via a free app on my phone and control and upload photos on the fly are amazing. Heck the little a6000 is $549. 24mp and focuses and shoots at 11 frames per second and has much better subject tracking performance. The Canon D1X is $6,000 18mp and 12 frames per second and focuses SLOWER than the Sony…. If that doesn’t wake you up I don’t know what will.

So I’m making the switch to Sony. Just for chuckles Here is the gear I’m giving up and what I’m getting

What I’m going to buy

(Still looking at which flash to add at the moment)

So that is where I’m at for the moment and I’ll keep you posted on my sale, purchase and learning a new camera system. Thanks for reading my ramblings.